Investing in the Future Knowledge Society27 August 2019Next 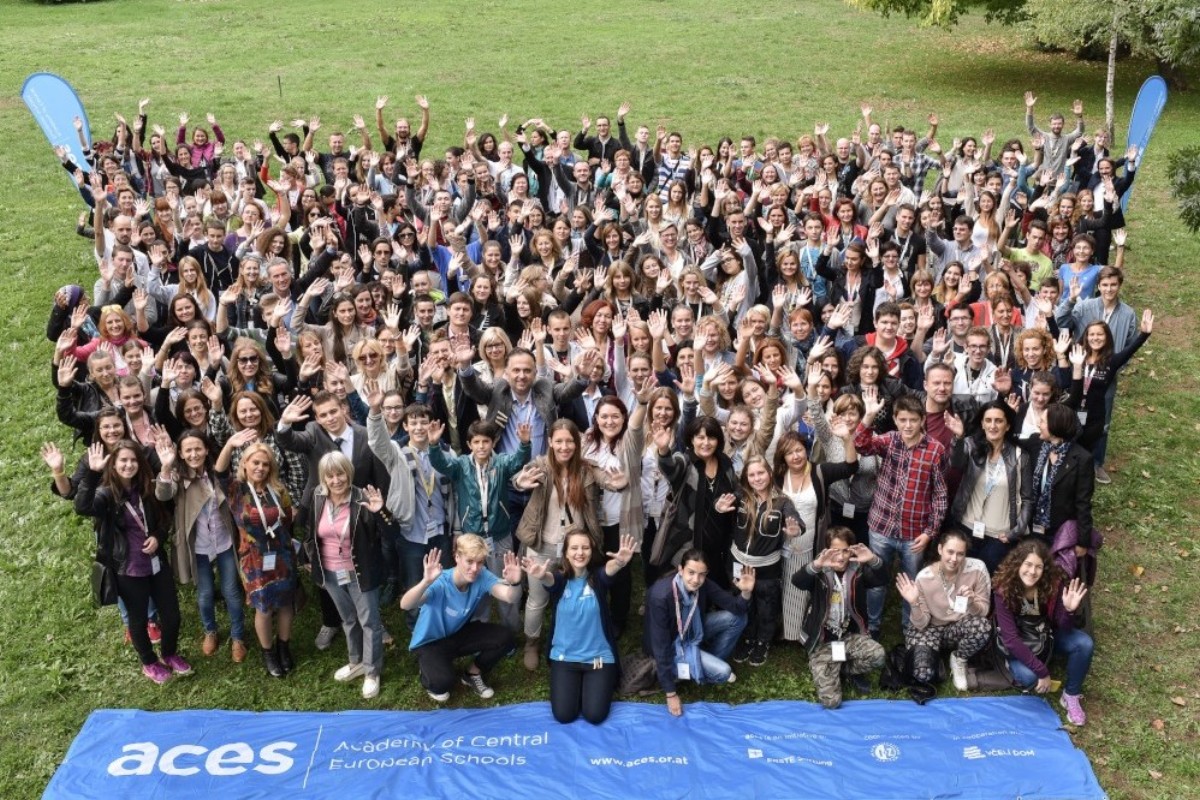 Priority Area 09 – Investing in People and Skills of the EU Strategy for the Danube Region tackles problems in the field of (pre-university) education, labour market and marginalized communities in the Danube Region, having multiple targets, education being one of them.

We propose you an important topic – education. This story is about a school network in Central and South Eastern Europe, established through a project with two different focuses: aces – Academy of Central European Schools (2007-2016) and aces – act local (2017).

aces, the Academy of Central European Schools, refers to dialogue and cooperation of young people through cross-border school partnership projects. The main activities were a periodic project competition and support scheme for international school partnerships with concrete opportunities for mobility and exchange. Project schools that won the competition benefited from joint work and training trough international conferences. Through active participation in dialogue and exchange with peers from abroad, young people established personal contacts, developed friendship across borders and became acquainted with varying views and different ways of thinking. Besides fostering intercultural learning and raising awareness for the importance of global relations, dealing with European concepts and perspectives is essential to form European Citizenship and to come to a shared vision of future Europe.

aces – act local – Because of social and political developments in Europe, such as polarization, radicalization, declining social cohesion, increased marginalization and discrimination of certain groups and individuals, a change of the focus and framework of aces was essential. Hence, aces – act local promoted the establishment of local cross-sectorial collaboration between schools and other stakeholders in the community with the aim to tackle social challenges, also benefiting from international experience and exchange which provided a broader European perspective. The project addressed schools as key institutions in the local context that have the potential to promote a culture of activism, volunteerism and social engagement among the youth in the region.

What makes this project as a success story?

Here we have some impressive numbers: 12 years of aces as one of the largest school network in the region; more than 4.500 teachers and 30.500 students actively involved; 540 aces members schools in 15 European countries; 355 projects were awarded and implemented; 17 international conferences held.

Beside quantitative matrix, qualitative indicators proved the success of this project: project partners (schools) continued their partnership even after the project ended; all the students, teachers, trainers, officials offered a positive feedback regarding the activities of the project. The results of 12 years of hard work were gathered in the aces toolbox, ensuring result transferability and project sustainability. This toolbox is a platform that offers material and methods which were either shared at the international aces events or have inspired the schools’ project work. Additionally, it provides background information, links and publications on the themes of the aces project contests, aces principles and for project work; tools for online collaboration; as well as general tips and tricks for international and local school projects.

This project offered the opportunity for young people to obtain a better understanding of notions such as discrimination, racism and inequalities, learn about respect and (intercultural) dialogue and enhance educational quality in the institutions and the region.

For more details about the activity of EUSDR People & Skills Priority Area, follow the link: https://www.peopleandskills-danuberegion.eu/